The main, but not exclusive, coastal and inland locations we cover range from Falmouth, Mylor and Feock on the west side of Carrick Roads (Fal estuary) to the Roseland Peninsula (including St Mawes and Portscatho), going east to Portloe, Gorran Haven and Mevagissy, plus all the country villages behind this stretch of coast.

Falmouth is a well-known resort and port visited by tall ships and super yachts, and has the National Maritime Museum and more. Mylor is a yachting centre and was the base for secret wartime cross-channel raiding operations. Feock is a quiet residential area and the location of the National Trust Trelissick Gardens.

Across the River Fal via the King Harry chain ferry is the Roseland Peninsula. The name has nothing to do with the flower but is derived from the old Cornish word 'ros' or 'rhos' meaning land jutting out into the sea. The Roseland is between the Fal and to the east Gerrans Bay and Veryan Bay. Further east is the Cornish Riviera bordered by St Austell Bay and Mevagissey Bay.

The village of Tregony, with its wide market street featuring a clock tower and some fine old buildings, is known as the gateway to the Roseland. It was once a thriving port before the River Fal silted up, with 36 alehouses to provide 'nourishment' for the sailors. It also returned two members of parliament, being one of the 'rotten boroughs' that existed before the Reform Act of 1832.

The up-market resort of St. Mawes is at the southern end of Roseland and was another rotten borough, the whole village being once owned by the Duke of Buckingham. It is the principal village of the Roseland, being surrounded by water on three sides and south facing. It consequently has a very mild climate and a magical atmosphere. It is a centre of marine activity of all sorts, with a small fishing fleet, a large Sailing Club, fine beaches, and excellent hotels, restaurants and pubs.

At the southernmost tip of the Roseland is St Anthony Headland, with its lighthouse guiding ships into Carrick Roads and warning of the Manacles, a reef jutting out from the Lizard Peninsula. St Anthony was also the site of a gun battery from Napoleonic times until after the Second World War. Further back in history, about 450 years ago, coastal defences were provided by Henry VIII who built St Mawes Castle and Pendennis Castle in Falmouth.

Branching off Carrick Roads a few miles north of St Mawes is the beautiful St Just-in-Roseland creek with its waterside church and sub-tropical churchyard gardens. Between St Just and St Mawes is a lovely walk through National Trust farmland and heath, or along the foreshore at low tide.

The eastern coast of the Roseland Peninsula has a number of sandy beaches and the coastal footpath. Part way along is Portscatho, famous for pilchard fishing and merchant schooner operations in times past. Just inland is its twin village of Gerrans, the church spire being a well known landmark for those at sea and on land. Further east are the small fishing villages of Portloe and Gorran Haven, and the large fishing village of Mevagissey.

There are further lovely inland villages including Veryan. It is famous for its 'Round Houses', built about 200 years ago by the then rector to guard the entrances to the village, the theory being that a round house has no corners for the devil to hide in! Other villages are Philleigh and Ruan Lanihorne, through which the old Penzance to London coaching road used to run, both with interesting churches and good pubs. There is also Polmassick with its vineyard, and St Ewe - nothing to do with sheep, but named after St Ewa, an old Cornish saint.

There are many more fascinating features and locations in the area we cover, but in summary, there is a huge variety of relaxing, interesting and friendly villages throughout the whole of the Carrick Roads area, Roseland Peninsula, Cornish Riviera and surrounding areas. The cathedral city of Truro is within easy reach as are many other attractions such as the Eden Project and The Lost Gardens of Heligan. Few regions can offer such a variety of outstanding natural beauty, or provide such a superb atmosphere in which to live. 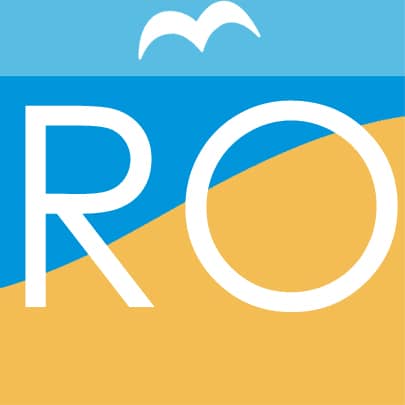